skip to main | skip to sidebar

The Story of the "Lynda Bird Johnson Campsite" 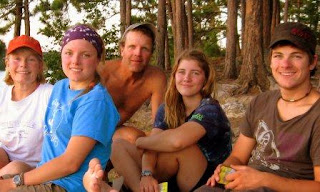 And it's so named because in August 1965, President LBJ's 21-year-old daughter announced that she wanted to be 'alone.' So she canoed to that site -- with an entourage of 11 canoes, a dozen secret service agents, various support staff & portable biffys! The Forest Service spent the week prior widening the portages and spraying insecticide along the route and had a float plane standing by on Tiger Bay to resupply the group daily with fresh steaks & bottled water. 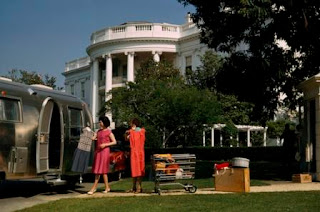 Lynda Bird banned the press & any booze. Nonetheless, four reporters followed along in their own canoe and camped nearby, but were rebuffed in their efforts to get a quote from Lynda Bird. They'd heard her entourage was a bit put out by the booze ban so they took a bourbon bottle from their own supply, stuck a note in the top pleading for an interview and set it afloat near her camp. The ploy worked. "It was so ingenious," Lynda Bird said, "I just had to visit them" and she indulged them with an hour's chatter. They were so smitten that the story they later filed dubbed her "the Greta Garbo of the North." (Photo: Lynda Bird packing for her trip)
Posted by Wintergreen Dogsled Lodge at 9:10 AM

This is the official blog of Wintergreen Dogsled Lodge. We hope you will join us on a dogsledding vacation in the Boundary Waters Wilderness soon and check back often for news, jokes, and more.